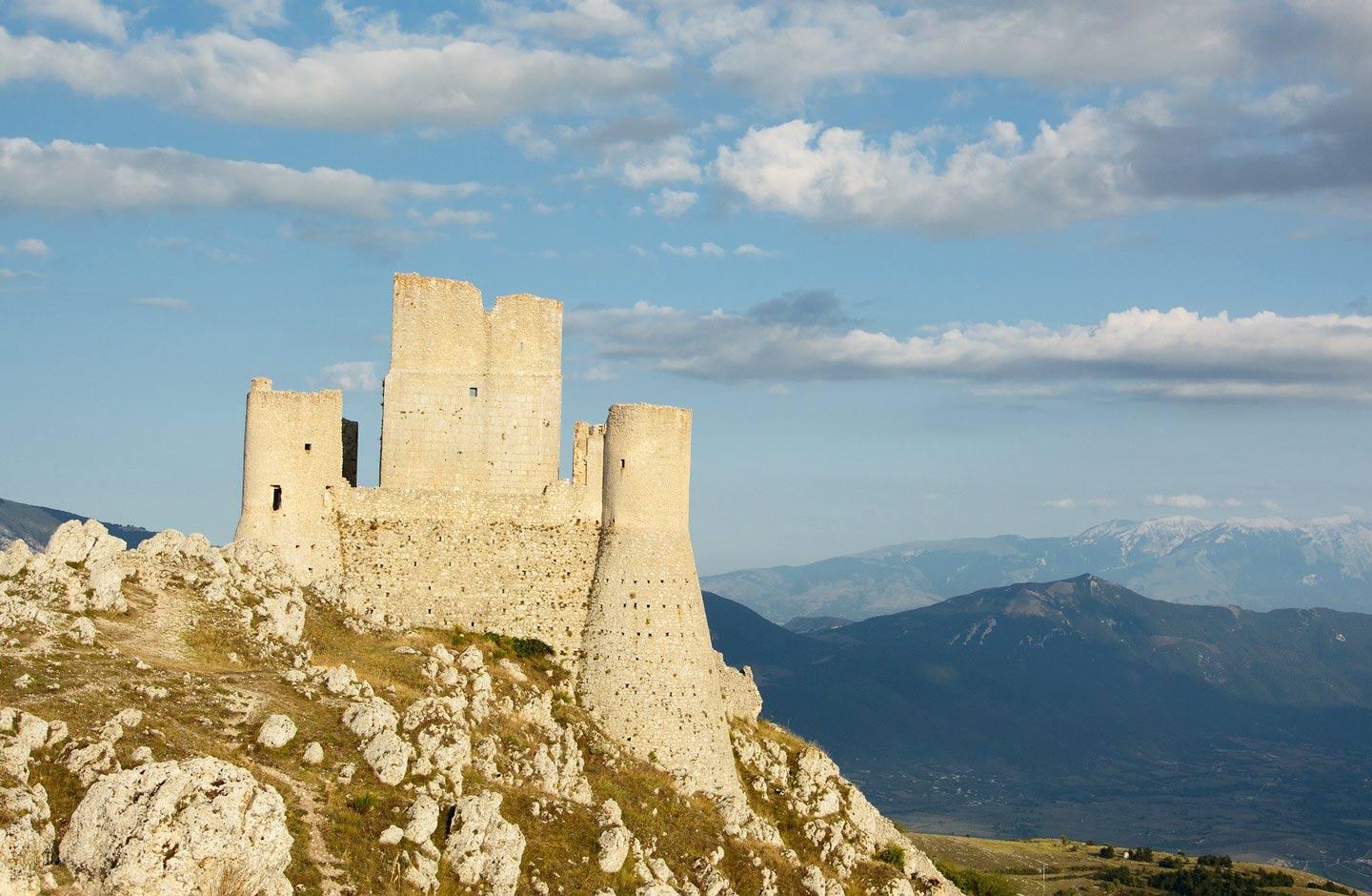 One of the most breathtaking views of Abruzzo, Rocca Calascio is a medieval fortification at an altitude of 1,464 meters. Immersed in the Gran Sasso and Monti della Laga National Park, the fortress is entirely made of white stone and can be reached through winding alleys that climb up the rocks. The castle of Rocca Calascio has ancient origins, when already around the year 1000 in this area there was an imposing system of sighting, which from the Apennines reached the sea. During the centuries, after alternate events, the area was totally abandoned by man because of the scarcity of occupation.

The fame of Rocca Calascio is also due to the many films that have been shot here, thanks to the beauty of the place and the fortress itself; the most famous is certainly "Lady Hawke", during which you can see many glimpses of the ruined towers. But there was also the film "The name of the rose" with Sean Connery.

The charm of this area is also due to the unspoiled nature and the possibility to admire the landscape from the top of the village, which is located along a steep ridge.

Rocca Calascio can be reached in just over 1 hour by car, starting from the Hotel Florida in Silvi Marina.